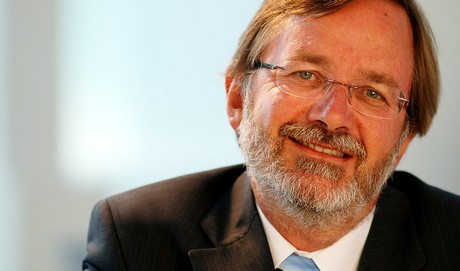 Ecumenism remains to be a thrilling matter. Recently I learned that the Vatican made an application to be allowed to use the extension catholic exclusively for the Roman-Catholic Church in the digital communication.

This application was done with the following motivation: ‘The term catholic is universally and consistently used as the indicator of the Universal Church, which is led by the pope as Pontifex Maximus and the associated institutions and persons.’

First of all: whoever types in catholic (according to the dictionary ‘universal, spread over the entire earth’) in Google gets at present as well almost exclusively references for Roman-Catholic. Further: reality is not defined by an extension in the internet. This leaves unimpaired that I think this request is not a good idea and from an ecumenical point of view the wrong signal.

Of course I do not want to deny the title catholic to the Roman Catholic Church. It is a worldwide church with great continuity, al through the centuries – long before the church was Roman. Catholic however is more and there is more to describe itself as catholic. Only Jesus Christ is really catholic. He is the one in which universal redemption rests. The body of Jesus Christ is the real catholic body. Because this body is connected with Jesus Christ and therefore it is universal. ‘In Christ There is No East or West, In Him no South or North’. And thus we profess with the Apostles’ Creed: I believe in the … holy catholic Church, the communion of the saints.

Unfortunately this body is divided. The Roman-Catholic Church is not the entire church. The bond with the bishop of Rome is not the single characteristic of the catholicy of the church. This is impossible to maintain from an historical point of view. Also from the faith it is impossible to maintain. As if the bond with Christ is to identify with the formal bond to the bishop of Rome. Quite rightly protestants are very concerned that the church replaces Christ this way. The church of Rome should do well to care about this concern more seriously.

We protestants are quite right to emphasize the bond with Jesus Christ. Herewith we have often forgotten the importance of unity. In no time we establish a new church. Churches with local popes, who are sometimes very despotic. Rightly Rome has been clinging to the importance of religious unity. Protestants have to be persuaded here. Therefore they need to be prepared to seriously try to find unity with the church of Rome.

This way we keep discussing catholicity. However, it is not right that one church exclusively claims “catholic”. Mainly protestant churches are not called church by the roman-catholic Church, but communities of faith which may have ‘elements of holiness and truth’. Because of this a very large part of Christianity is no longer ‘church’. This is  not acceptable for protestant churches. I think this could easily lead to power-thinking, not an imaginary danger. ‘We are the real church because we are connected to the pope of Rome’. In such a church there is a risk of loosing the criticism, with all of the consequent risks. The greatest risk is that Christ ceases to exist as the critical opposite.

January 9th, 2013 – Dr. Arjan Plaisier, general secretary of the general synod of the Protestant Church in the Netherlands.